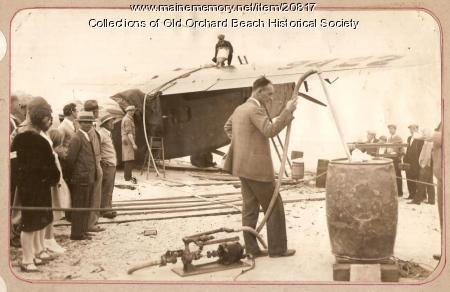 A crowd on the beach of Old Orchard watch an unidentified main fueling a French Bernard 191 called the Yellow Bird or Oiseau Canari, before its transatlantic flight to Spain, June 13, 1929.

The large plane held a crew of three and an unexpected -- and unwelcome -- stowaway, Arthur Schreiber, 22, of Portland.

On takeoff, the plane's tail drooped, caused by the stowaway. His added weight threatened the flight.