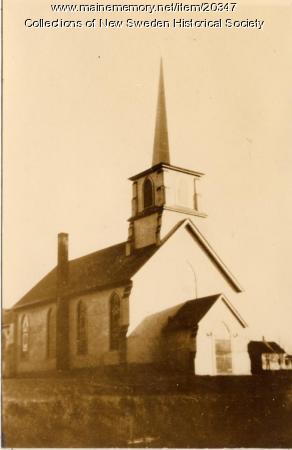 The first church home was in the original building which housed the New Sweden Historical Museum. This building burned in 1970 with a replica being built on the same site a few years latter. The original altar rail was saved and is currently on the second floor.

On August 16, 1874 the Church Constitution was adopted with 67 members signing the document. At this point members of the Board of Directors began to look for a suitable lot upon which a permanent church could be constructed. A lot on Capitol Hill Road was found and construction began.

The church bell was a direct gift from W.W. Thomas, the founder of the Swedish Colony and dedicated July 23, 1880.