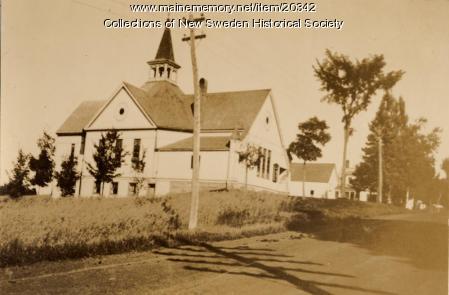 Mr. Nels Olson was one of the leading men of this new colony and became the first leader of this organized church. At the close of the first year, the church membership and reached sixty-four.

Early in the fall of 1881 the church bought 1/4 of an acre of land from Mr. Nels Olson for the purpose of erecting a house of worship. It was completed by late 1881, but by 1890 as the church began to grow and develop it had become too small and the present day church in the photo was begun. On August 27, 1892 the church was dedicated.

In 1895 the original was remodeled into the parsonage.