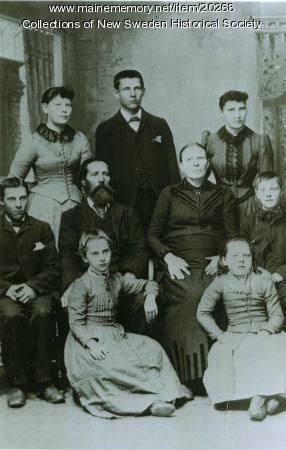 This photo is of the Landeen Family circa 1900 from New Sweden. The young boy on the right side is Hjelmer Landeen, the subject of Landeen Family Community Heritage Project from the New Sweden School.

Members of the family are, front row, from left, Ida (Landeen) Beesley and Olive (Landeen) Hitchcock.