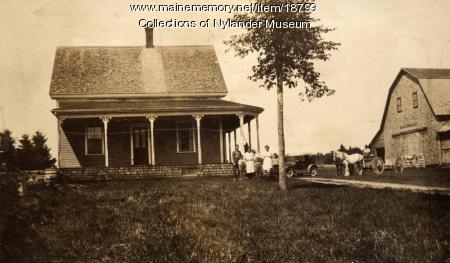 Carl A. Olivenbaum home on lot #22, Hedman Road, west of highway 161 and before Lebanon Road.

There is a drop axel wagon in the farm yard.