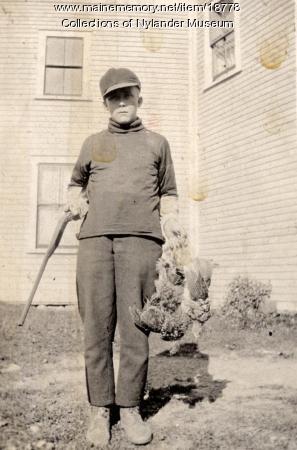 Ernest Johns with game birds he had shot.