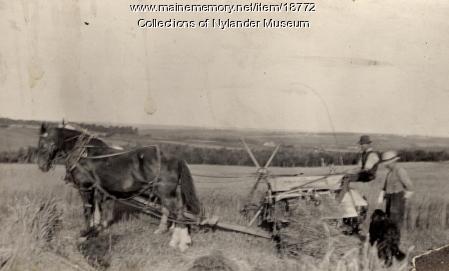 Wheat harvest on a New Sweden farm. The wheat was cut, gathered up and taken to the barn where it was threshed.