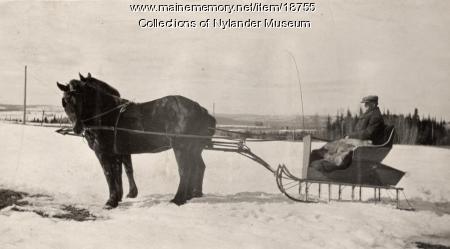 Martin Landstrum in a pung. A pung is utilitarian and does not have the decorative curling runners nor padded seating of a sleigh.