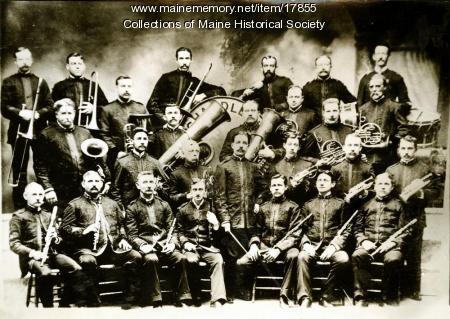 Chandler's Band of Portland in 1898. The director is Philip Robinson.