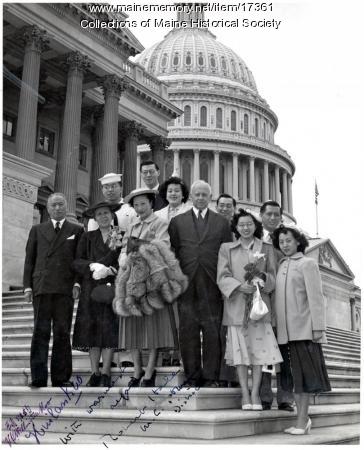 As Mother of the Year in 1952, Toy Len Goon visited Washington, D.C., and was received by First Lady Bess Truman at the White House.

Mrs. Goon was widowed in 1940, and raised five sons and three daughters by herself, running a laundry on Forest Avenue in Portland. She was born in China in 1891, and came to Portland in 1922, after her marriage to Dogan Goon.