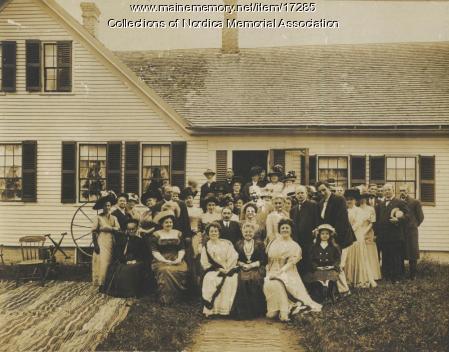 Norton Family reunion in 1911 in front of the Norton homestead in Farmington.