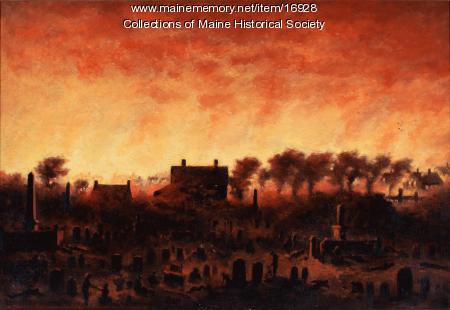 The fire, which started on July 4, 1866, destroyed more than 1,500 buildings, including three firehouses. Four people were killed and more than 10,000 left homeless.

Morse worked for the Portland Company for more than 45 years, moving from draftsman up to superintendent. He was an avid promoter of the arts in Portland, as well as being an inventor and outdoorsman.