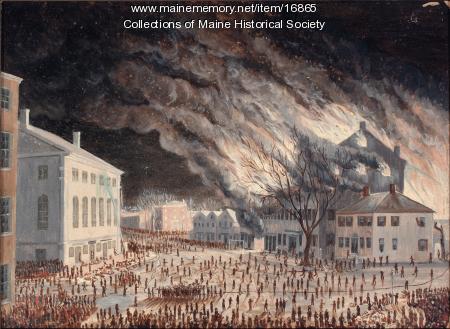 George Frederick Morse, a young draftsman at the Portland Company, painted "The Burning of the American House" in 1852, at the age of 18.

The American House began as Whittier's tavern in 1793, and it became the America House in 1836. A fire started in the stable of the hotel on February 13, 1852, and spread to the surrounding building. The entire block from Elm Street to Preble was destroyed.