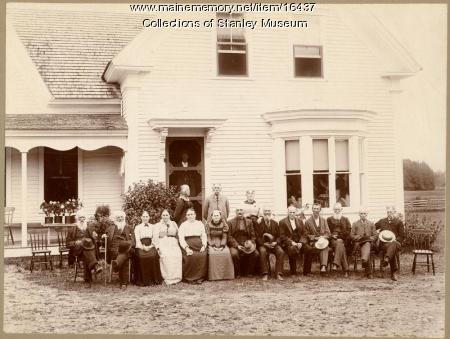 The elders of the Durrell family sit for a group photo in front of the home of Isaac N. Stanley in Kingfield, during the fourth annual Durrell Family reunion on August 23, 1899.

Mrs. Minerva (Minnie) Stanley, her husband, Isaac, and her two brothers, Elkanah and Isaac Durrell, were all from Kingfield.