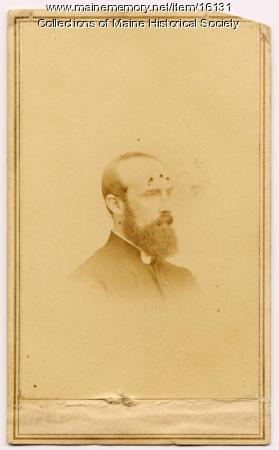 Nathaniel William Taylor Root (1829-1872), a native of Connecticut, served as rector of St. Paul's Church on Congress Street in Portland, which was built after the Portland fire of 1866.

Root, besides being a clergyman, wrote several books including Contraband Christmas and School Amusements, or How to Make the School Interesting.

He died of smallpox. He had been accused by parishioner Lamira Pennell of improper conduct. The Episcopal Bishop did not act on her charges and she wrote a number of pamphlets about the incident.