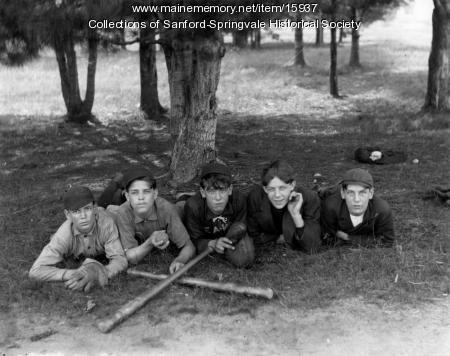 At the turn of the twentieth century, and for a long time thereafter, baseball was Sanford's most popular sport. Teams were sponsored by schools, fraternal orders, the Goodall industries and other organizations.

At least seven Sanford men went on to play professional baseball including two, Fred Parent and Harland Rowe, who made the major leagues.

Games by local teams were headline news in Sanford's newspapers. When games were played away, fans traveled by train to attend the matches, sometimes reserving an entire coach for the trip.