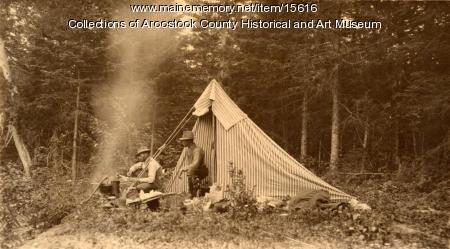 (Edward) E. B. White, was a merchant with a jewelry shop in Houlton. White, a skilled amateur photographer and founding member of the Houlton Fish and Game Association, traveled throughout southern and central Aroostook County hunting, fishing, camping, and photographing the northern Maine woods.