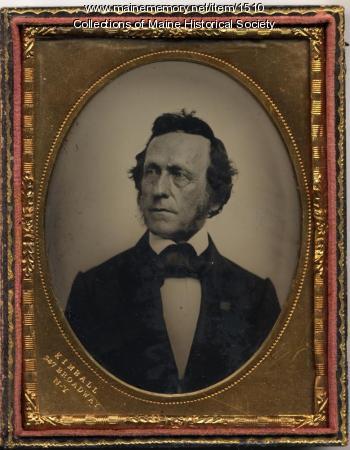 Seba Smith (1792-1868), a native of Buckfield and graduate of Bowdoin College, edited the Eastern Argus in Portland and later started the Portland Courier.

He wrote a humorous series about a fictional character, Major Jack Downing.

Smith, who was married to the writer and women's rights advocate Elizabeth Oakes Smith, ran into financial problems and moved away, eventually settling in New York City.