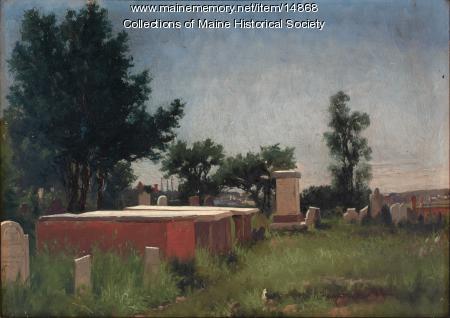 Both were killed when their ships engaged in battle off the coast of Portland on Sept. 5, 1813.

After the battle, which the Enterprise won, an elaborate funeral was held in Portland for the two captains, and they were interred side by side in Eastern Cemetery. Two years later, a sailor from the Enterprise died from wounds received during the battle and was buried next to the captains. All three graves eventually received monuments.