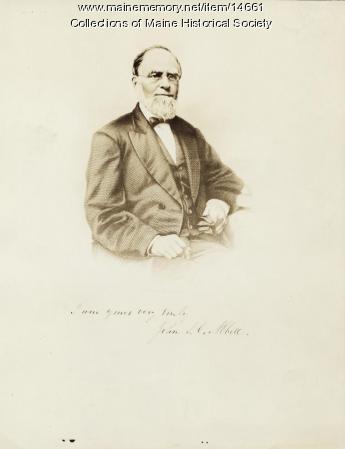 John Stevens Cabot Abbott, born in Brunswick in 1805, graduated from Bowdoin College in 1825 along with Henry Wadsworth Longfellow and Nathaniel Hawthorne. Abbott became a minister, working at different churches throughout New England.

He wrote many historical works, biographies, and religious texts. He died in 1877 in Fair Haven, Connecticut.