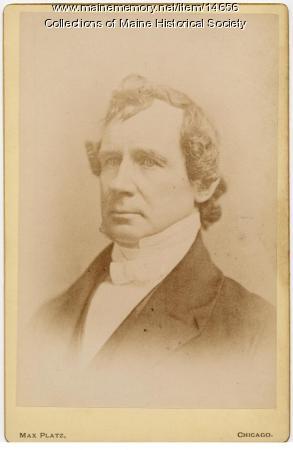 John R. Adams was born in Connecticut in 1802, and as a young child moved to Massachusetts with his family. After graduating from Yale and the Theological Seminary at Andover, Massachusetts, Adams preached throughout New England.

In 1846 he became the pastor of the Congregational Church in Gorham, where he served for 12 years while continuing to travel and preach through the United States.

At the end of the war, Adams returned to Gorham, where he worked with the Maine Missionary Society for a short time, until his death in April of 1866.