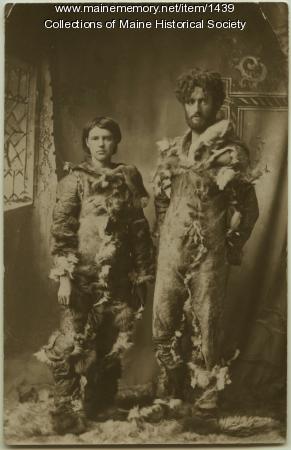 Newspaper reporters eagerly followed their adventures. Afterwards, the couple spent a few months on the Keith Vaudville Circuit before returning home to the Gray area.

They were later divorced. Both remarried. Olive, as Olive P. Lord (1890-1980) wrote a memoir, True experiences, including Adam and Eve in the woods.

Walter was remarried to Amy Amelia Hawkins; they had five children.