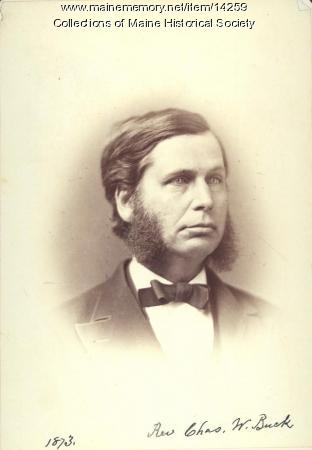 Charles W. Buck was born in 1833 in Hampden. He studied law, but later became a Unitarian minister, becoming pastor at the Park Street Church in Portland in 1868. He came up with the idea of a weekly conference of ministers, which led to formation of the Fraternity Club, a group that met weekly to discuss social, literary, and scientific issues.