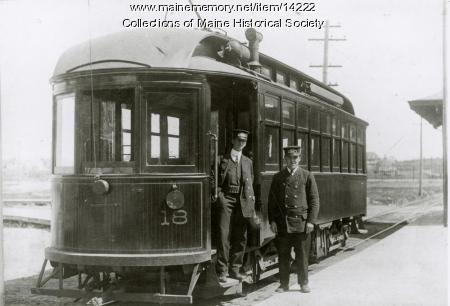 Carrying Atlantic Shore Line Railway lettering, car No. 18 is at the waiting station at York Beach, ready for a run along the shore to Kittery.