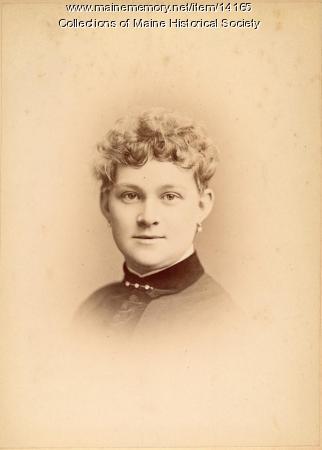 Alice H. Nelson was born in January 1867 to Caroline Harford and Benjamin F. Nelson. According to the 1870 and 1880 Census records, she, with her brother Frank, a newspaper employee, and mother lived on Clark Street. According to the1900 Census, Alice worked as a clerk when she was 33 years old. She died July 25, 1929.