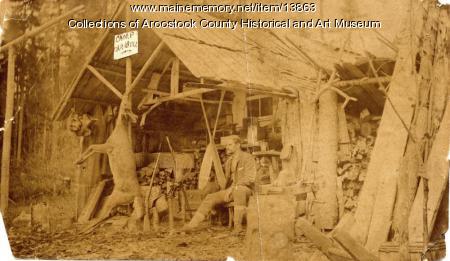 Walter Mansur with the result of a successful hunt hanging at Charles West's Camp Caribou.

Charles West was the author of, "The Aroostook Woods," 1892.