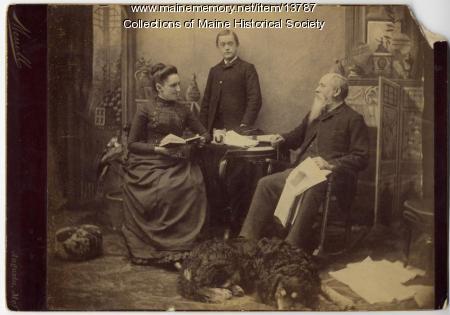 Mabel True Plaisted, Ralph Parker Plaisted, and Harris Merrill Plaisted are shown in about 1880 in Augusta. Ralph Plaisted is the youngest of three sons of Harris and his first wife, Sarah, who died in 1875. In 1881, he married Mabel True Hill. They had one daughter.