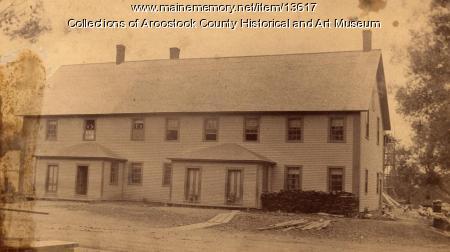 Because they needed a centrally located school, the citizens of Houlton purchased a lot across from the jail on the corner of what is, as of 2017, School and Military Streets. They built a long wooden two story building and named it “Liberty Hall”.