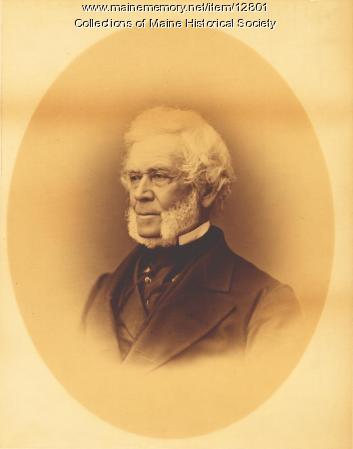 Nathan Cummings (1796-1878) served as director of Casco Bank for almost 50 years, and for a short time worked in the flour selling business.

He was a strong Whig and was appointed Collector of Port by President Harrison in 1840; three years later he was removed by President Tyler.

Born in Waterford, he moved with his family to Portland at the age of five. After graduating from Bowdoin College, Cummings studied law with Stephen Longfellow, the father of poet Henry Wadsworth Longfellow.

He married Emily Ilsley, the daughter of Isaac Ilsley, Collector of Port for Portland.