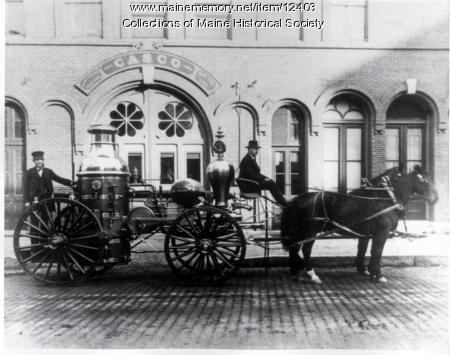 The Casco No. 5 was the Portland Fire Department's sixth steam engine. Put in service in 1866, it cost $4,500, weighed 6,800 pounds, and was the first engine to use the newly designed Portland Company boiler.

The engine is shown in 1869 in front of the old central fire station at Congress and Market streets.

The city fireman on the rear was the engineer, but the driver and horse were not from the fire department.