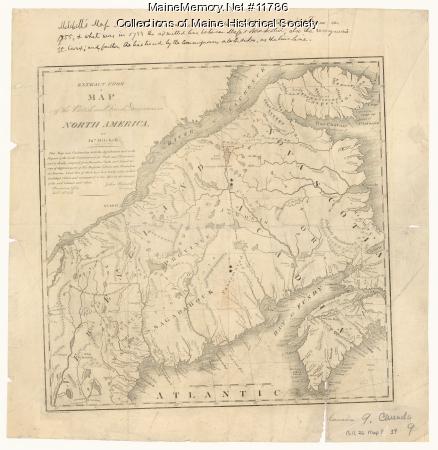 Printed map with boundary lines drawn in 1843. The base map is an extract of the John Mitchell map of North America, originally produced in 1755.

A handwritten note in ink at top of map reads, "Mitchell's map--The dotted line shows the admitted division between England & France in 1755, & what was in 1783 the admitted line between Mass & Nova Scotia; also the recognised St. Croix, and, further, the line traced by the Commissioners on both sides, as the true line."