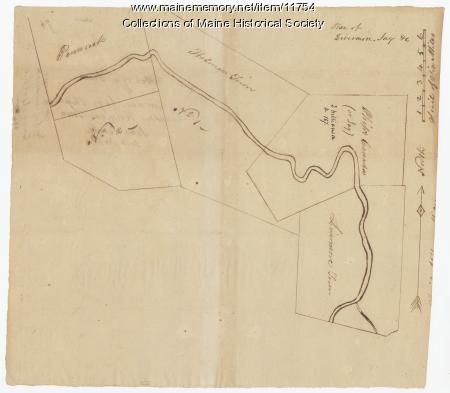 Manuscript map of areas around the Androscoggin River near Livermore, Mexico (Maine), Leeds, Jay, and Canton, Maine, ca. 1760. Commissioned by the Pejepscot Purchase Company. Names on the map include Holman town, Phipps Canada, Livermore, and Jay.