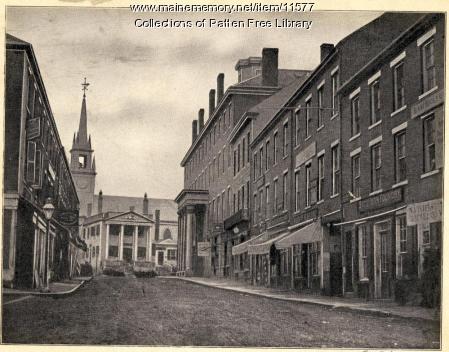 In this picture, taken looking south on Front Street in Bath, the Bath Bank is the Greek Revival building facing north, at the intersection with Center Street.

From his office on the second floor, King had a commanding view of the heart of downtown Bath. While King was Collector of Customs (1829-1834) and after he lost that position, the Customs House was located on the second floor of the bank building until the Federal Building was completed in 1858.

King owned the building until 1834, at which time it was sold to the United States; upon completion of the Federal Building, the Customs House moved there and the Bath Bank building was sold to the Sagadahoc Bank in 1859.