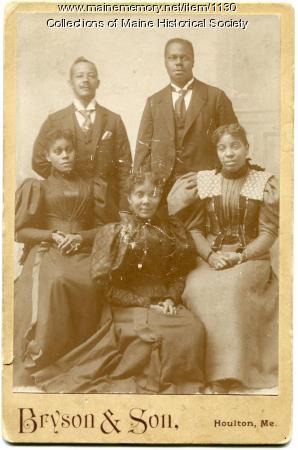 Stanley and Edna McIntyre came to live in Houlton around 1905. Stanley had a barber shop and Edna was a podiatrist who also did manicures and shampoos at the McIntyre’s home on Fair Street. The McIntyre’s adopted both of their daughters, Ruth and Edna. Joyce Hovey Madigan, born in 1922, lived next door to the McIntyres, and recalled them as, "more sophisticated and educated than most of the people in the neighborhood"