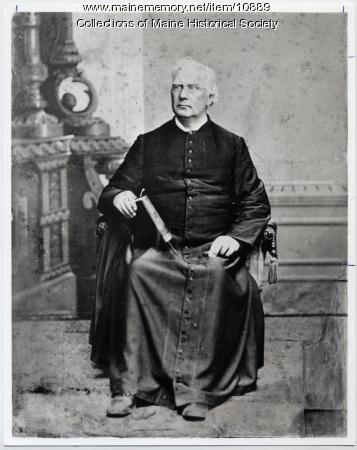 Father John O'Donnell (1821-1882), pastor of Saint Dominic's Church, Portland, is credited with Portland avoiding much of the violence against Irish Catholics that plagued Bath, Bangor and Ellsworth in the 1850s.

His calm manner and wit inspired loyalty from the immigrants that clustered around Gorham's Corner at the intersection of Center, Fore and Pleasant streets, as well as respect from the Yankee Protestant leaders of city government and the business community.