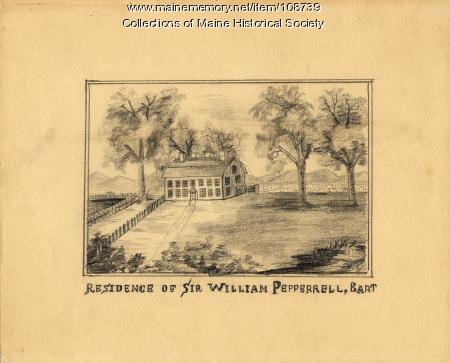 In the 17th and 18th centuries, owning enslaved people was a mark of wealth and success in Maine, as was owning a four-chimney mansion. The enslaved people who worked as house servants and laborers greatly benefitted their owners and Maine's economy, supporting grand homes such as the Pepperrell mansion at Kittery Point, which still stands in 2021.