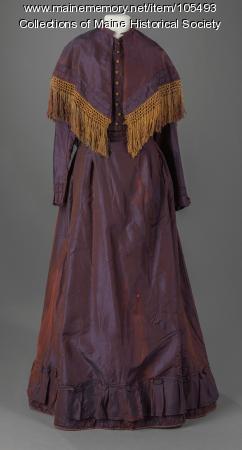 Shot silk is also called changeable silk or changeable taffeta. The fabric is woven in two or more different colors which produces an iridescent sheen.

The dress is associated with Mrs. Mary Reed (Cutler) Goodenow who lived from 1806-1873, wife of Robert Goodenow. The couple lived in Farmington.