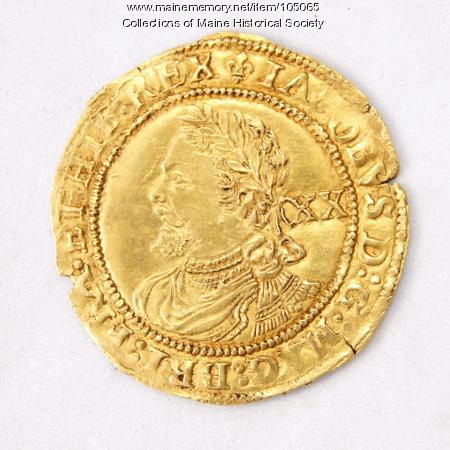 This Laurel coin, an English gold coin with a value of twenty shillings, was part of a trove of coins hidden by Walter Bagnall on Richmond Island. The coin was named for the depiction of King James' head decorated with a laurel crown. The text stamped on the coin read "JACOBUS.D.B.MAG. BRIT.ET.HIB.REX.," or "James by the grace of God King of England..."