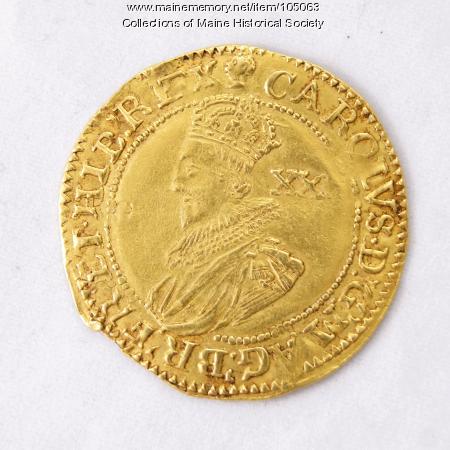 This English Unite coin, a denomination of twenty shillings, was found in Richmond Island in the cache of coins hidden by Walter Bagnall.

The obverse of the coin depicted the King's head crowned, with the text "CAROLUS D.G. MAG. BR. IR. ET. HI. REX." ("Charles by the grace of God, King of England,...") along the rim. The reverse showed the shield and the arms of England, France, Scotland and Ireland. The XX behind the King's head denotes the coin's value.