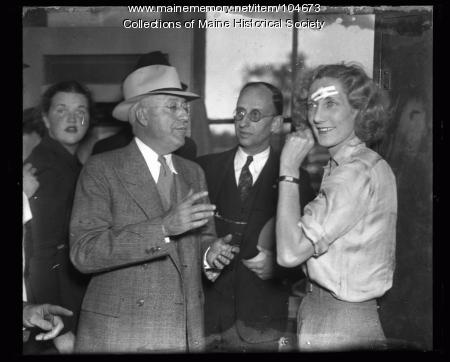 Beryl Markham was a famous aviator who was credited for being the first woman to fly solo non-stop across the Atlantic Ocean from East to West. The trip sparked her to write a book about her adventure, called "West with the Night."

According to the date on the newspaper, this photograph was taken on September 6, 1936, shortly after her transatlantic flight. The injury to her head was from a forced landing in Nova Scotia on September 5, 1936.