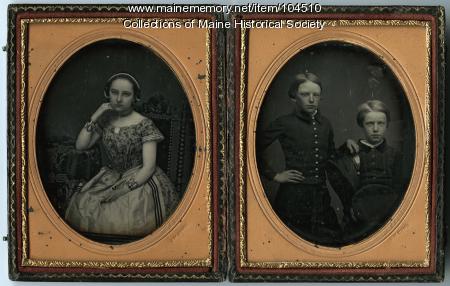 The photo of Ellen is thought to be from about 1854, and the photo of Stephen and William from about 1850. The military tunic jackets and brimmed caps of the boys are reminiscent of Mexican War uniforms. "G.M. Howe" is stamped in the corner of each mat, and refers to photographer George M. Howe of Portland, Maine, and New York City.