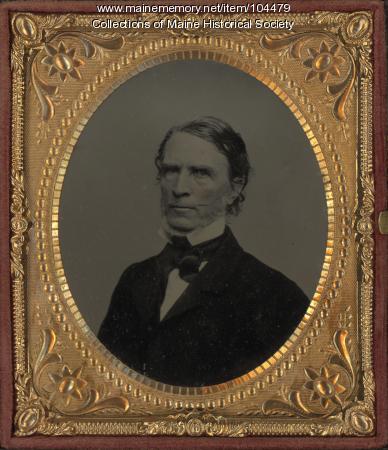 Elected to the United States Senate in 1854, William Pitt Fessenden (1806-1869) gained a national reputation for his opposition to slavery and his expertise in finance. Fessenden's role as chair of the Senate Finance Committee during the Civil War led President Abraham Lincoln to appoint him Secretary of the Treasury, a post he held for one year.

Historically, Fessenden is often remembered as one of seven Senate Republicans to vote against the impeachment of President Andrew Johnson in 1868, thus preventing his removal from the office. While widely condemned for his vote, historians, including John F. Kennedy in "Profiles In Courage," have praised the courage and foresight of the Maine senator's decision.