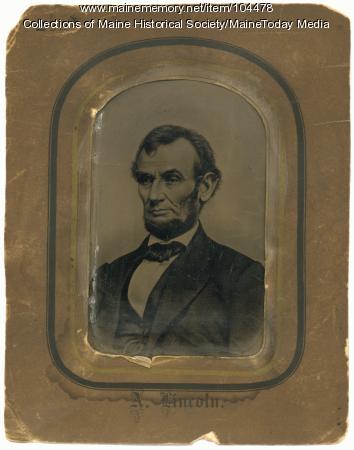 This tintype of Abraham Lincoln by an unknown maker may date from his re-election campaign in the fall of 1864 or from the surge in memorabilia after his assassination in April 1865. In this instance, Lincoln did not sit for the photographer, but rather an existing artistic print was photographed.

Tintypes, also known as ferreotypes, were popularized in the United States during the Civil War era. The tintype was more durable and less expensive than other photographic mediums, such as the ambrotype or daguerreotype.