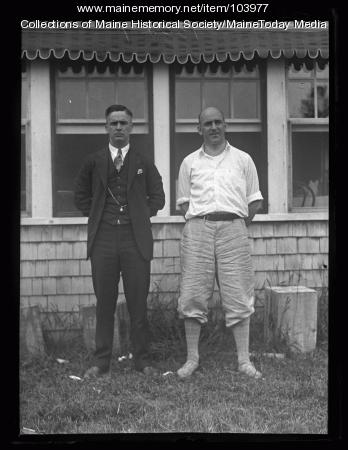 Frank Preti, right, was a 1912 graduate of Portland High School (PHS). Preti taught physical education and coached track at PHS in the 1920's. He also practiced law, with an office on Exchange Street. In 1914, as a star member of the University of Maine track team, he set a Maine intercollegiate record for the two-mile event.

In the late 1920's, Frank Preti established the Preti Award, given to the PHS senior who was both a top scholar and a letter winner. As of 2017, this prize is still awarded.