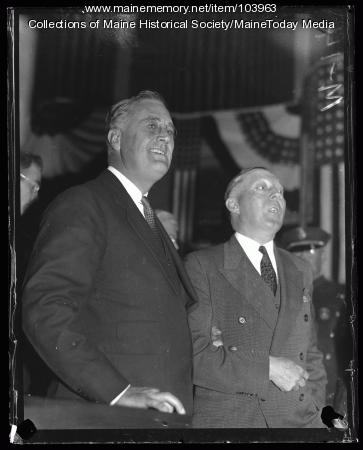 Presidential candidate Franklin D. Roosevelt spoke to over 5,000 Mainers who crowded into the City Hall auditorium on October 31, 1932. Governor Roosevelt spoke for about 15 minutes in what he explained was a "friendly heart to heart talk with his friends in Maine," This story was featured on the front page of the October 31, 1932 edition of the Portland Evening Express.

Although Maine voters elected Louis Brann, a Democrat, as Governor in 1932, the state was one of six that voted for Republican Herbert Hoover in the November 8th presidential election.