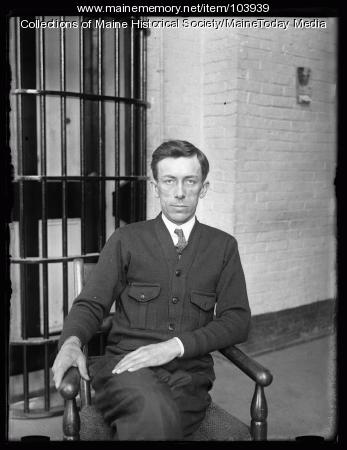 James Crawford, alias Harry A. Kirby, was arrested in 1925 for the abduction and murder of Aida Hayward and the attempted murder of her aunt. Kirby burned Hayward's cottage with her aunt inside it before he escaped to his own cottage with the victim. He was imprisoned in Augusta, where New York police subsequently discovered that Kirby was the missing murderer of Lillian White of Brooklyn, NY. White was an inmate of Letchworth Village, a mental institution, where Kirby was an orderly. White ran away from the institution, and shortly thereafter in 1922, she was murdered. Kirby admitted to both murders before he committed suicide in an Augusta jail cell in 1925.