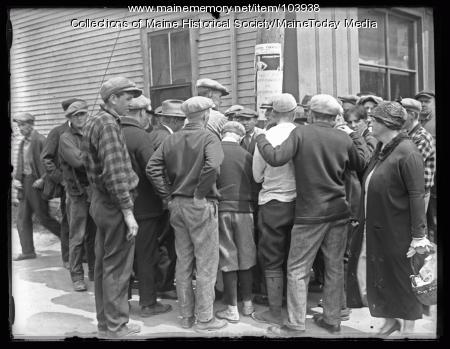 James Crawford, alias Harry A. Kirby, was arrested in 1925 for the abduction and murder of Aida Hayward and the attempted murder of her aunt Ms. Emma F. Towns. Kirby burned Hayward's cottage with her aunt inside it before he escaped to his own cottage with the victim.

In the May 21, 1925 edition of the Portland Evening Express, Miss Aida Hayward's photograph was featured, along with a photo of the manhunt in Winthrop. Aida's aunt Mrs. Emma F. Towns was found with a gunshot wound and was in critical condition at the time of publication and was attended to by physicians. Airplanes and dogs were also used to find Kirby.