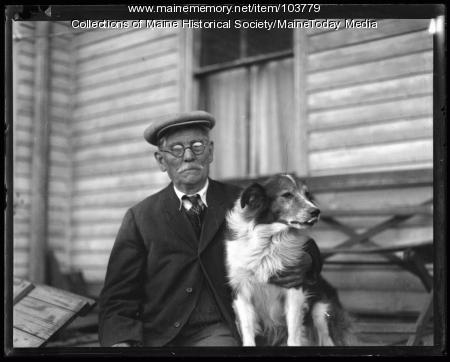 Sam Lincoln, 89, was asked for his presidential election prediction in the October 10th, 1936 edition of the Portland Evening Express. Mr. Lincoln had voted the Republican ticket, with a few vote-splitting exceptions, since his first vote for General Ulysses S. Grant. He was confident that Alf Landon would prevail over President Franklin Roosevelt."Sure he will...Why not? What's going to stop him?," Lincoln asked.

Mr. Lincoln was a retired firefighter, having spent 30 years in the Portland Fire Department serving with Engine Four on Spring Street.