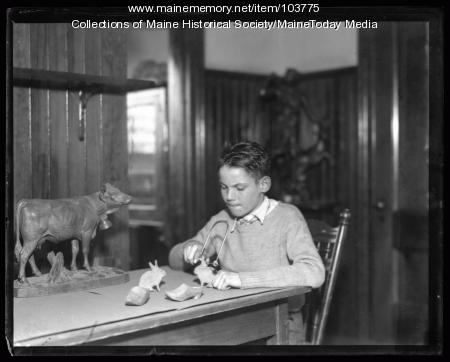 "Famous Names on Public School Lists Make Known Their Wants to Santa" headlined a humorous article on December 15th, 1936 in the Portland Evening Express. Lloyd George, also the name of the English Prime Minister in 1916, was pictured here carving a rabbit. This Lloyd, of the Portland Heseltine School, wanted a pair of boxing gloves. Other notable names in the article included Al Smith, who wanted a cowboy hat, and Herbert Hoover Denny, who wanted a bike.