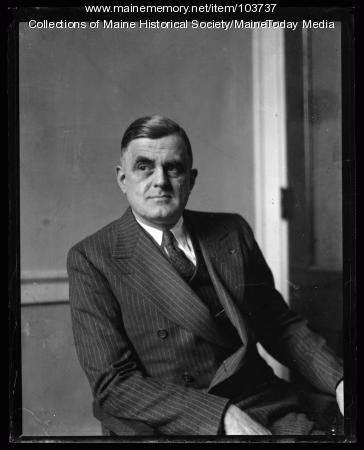 Lewis Orin Barrows served as the Governor of Maine from 1937-1941. Barrows was born in Newport, Maine and graduated with a degree in Pharmacy from the University of Maine. After he completed his pharmacy degree, he went into business with his father at his pharmacy in Newport, which they renamed "Barrows and Barrows" in 1917.